Services for the Automotive sector 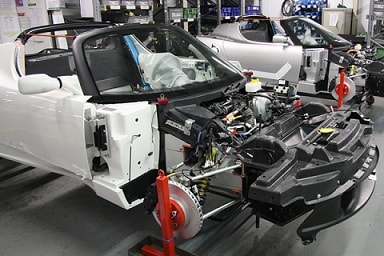 We have provided technical translations in more than 20 languages for large multinational automotive manufacturers, including cars, utility vehicles, trucks, buses, motorcycles and tractors. Our partnership with companies from this important economy sector was so intense we even “created” technical literature for major trademarks, such as Volkswagen and Mitsubishi.

Our first project for the sector was the technical literature translation of the first ethanol powered car in the world to be mass produced, by Fiat Brazil in Betim, Minas Gerais. We continued to attend Fiat for more than two decades.

Our involvement with the automobile industry in Brazil was so intense our history practically merges with this important sector’s history itself, one of the first to drive our economy more intensely.

Automotive – Such a recent sector – Who would imagine?

Just to recall such a recent period, and which seems so distant in face of the sector’s great developments, we will mention some facts that today may seem quite curious. The VW Van was the first car (in this case a utility vehicle) to be assembled here in the country by the Brasmotor Group, using imported parts in the CKD system (Completely Knocked Down).

One may consider, however, that the automotive industry was actually installed in Brazil in 1956, with Romi-Isetta manufacturing.

Also in 1956, Vemag launched a pick-up truck in the F91 line, produced by DKW, assembled in Brazil. In 1958 were also launched under DKW’s license sedans and pick-up trucks from the F94 line. The nationalization rates for parts and components then began to grow. Who remembers today the very popular and magical DKW, called Decavê by the Brazilians? With innovative and sports design, it was a thrill to those who could afford it at the time.

VOLKSWAGEN – Precursor to the industry’s boldness

Volkswagen installed its first plant in the city of São Bernardo do Campo in 1959, beginning the VW Van production with high nationalization rates, and soon after the first model of the famous Beetle.

Chevrolet and Ford, which began their operations in Brazil as manufacturers of imported parts and trucks, only began their car production in 1968.

Fiat came along in 1976, the same year in which All Tasks began operations. With the factory in Betim, Minas Gerais, it innovated and shocked the international automotive industry, building the first global ethanol car production line. We have the pleasure and privilege to be able to say that we translated the technical manuals for this launch, considered by the world an amazing technological innovation.

Supported by a market reserve policy, well justified in this case, these companies, called THE BIG FOUR, took advantage of supremacy in the Brazilian market till the end of the 90’s.

From then on, other manufacturers and automakers came along, fully transforming the Brazilian automotive sector, reaching this immense diversity of industries we have today, offering an ever growing range of alternatives, in terms of models, comfort levels and prices.

Our Technical Translations in support to Automotive Manufacturers in general

In parallel, the automotive industry in general also grew, for which we also provided technical translations of all kinds. Technical norms, support literature for factory assembly, assembly literature, vehicle maintenance and technical training, multilingual database for parts, onboard literature, etc.

We provided all this technical translation diversity for the entire automotive industry, covering manufacturers of motorcycles, buses, trucks and tractors.