Services for the IT/Computer sector 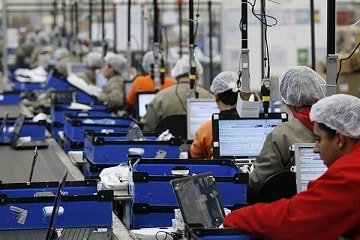 Pioneers in software and website localization in Brazil, we count on a specialized IT team to support the entire company, focusing on CAT tools and especially on website and software localization. We managed to localize a software to 24 languages in just 30 days. See below some success cases and some of this sector’s customers mentioned at the bottom of the page.

Our first software localization was made for IBM in 1991. We localized a mainframe software, a highly complex task. Considering we were still beginning to acquire knowledge to apply to this activity, quite recent for that time, one may say this was one of our major achievements. It was something for the team to remember with quite some pride.

Another memorable project was the first software localization carried out for Brazil’s Telecommunications industry. This is the Alcatel/Lucent Digital Switcher, a large product that had a 120,000-page technical documentation at that time. We were initially only hired to translate the technical documentation, which took almost two years to conclude, only later being asked to localize the equipment’s software.

The great challenge in this case was to ensure localization quality, which was only attained at the end of the translation project, taking the reverse path, since the correct one would have been performing the localization first.

It was very gratifying to attend DATASUL for many years, an essentially national company, located in Joinville, who produced the first large scale Brazilian ERP System – Business Management Software.

They began to export in the early 1990s. We performed very successfully tens of thousands of technical translation pages to English and Spanish, continuing the software localization work.

Our localization work required some interference in the original programming, for at that time internationalization aspects weren’t yet considered during the planning stage. Details such as spacing reserved for dates, periods and commas in the conversion of values to foreign currencies, for example, or even the proper spacing to increase the number of texts for the perfect desired expression, all of this needed to be adapted.

Software localization to more than 20 languages for Siemens

We managed to attend almost 300 requesters in Siemens Brazil at the same time, a relationship that lasted nearly two decades. During this period, we attended many sectors from several business units they maintain, from telecommunications to railway.

The most memorable case, however, was that of a software localization made from German to other 26 languages, hired directly by the Germany Siemens. The highest complexity in that case was due to the fact that we carried out our work in parallel with the final programming stage, in just 30 days.

During the process we interfaced with Manaus and Germany, which in turn also interfaced with the US. The several changes in the programming process reflected in software localization, which was the final production stage, hence leading us to deal with much pressure.