Technical Translations for the Arms and National Security Industry 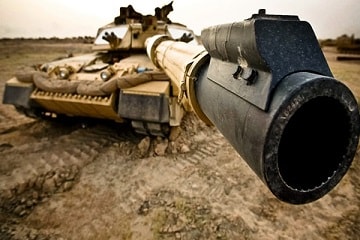 Technical translation works in this area, considered very sensitive and with high levels of demand in all aspects, are also included in our achievement resume. We mention below two interesting cases that demonstrate our staff’s technical preparation and professionalism.

When the Brazilian Army bought war tanks from a German company, the Technical Literature publisher Mix Logistic entrusted the translation of thousands of pages to All Tasks, who in addition to translating technical manuals also trained the interpreters who assisted the training provided to Brazilian military.

We hired a Brazilian Army retired engineer, who also mastered the German language, as a consultant for technical terminology, and final validator of translated texts. Our work was very appreciated by the highly demanding German company that hired us, and the interpretation of training courses was closely followed by our Quality Assurance Manager, who monitored the interpreters along with the German technicians sent to Brazil to the city chosen to receive the equipment.

We consider a great privilege having won the tender to perform technical translations for SIVAM, Amazon Surveillance System, coordinated by Raytheon. It was a National Security project, and the translators who were attending the project’s initial phase before us, when taking the training course in Boston, were escorted by security guards during the whole time.

We worked for the project for several years, managing to satisfactorily attend the executives who worked in the project here in Brazil as well as those we contacted in Boston. They were people trained to be extremely demanding and cautious. It’s enough to mention that the majority of these executives were people who had built a “military career”, having been involved in missions of great importance.

This is one of the moments in our history that will forever be engraved in the memory of all team members who participated.