Technical translations for the Telcos Segment 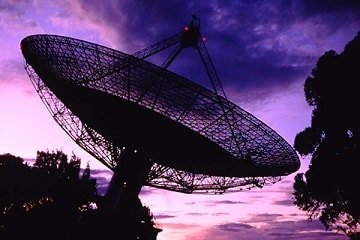 600 thousand pages translated to this important economy sector in just 6 years. Standardization of all technical terminology used by the industry in national territory, service centers in customers’ facilities to support the development of technical proposals and the first software localizations for dozens of languages in record deadlines.

All Tasks totals 600 thousand pages translated for the Telecommunications industry

The great demand for telecommunications translation services that took place from 1991 to 1998, a period that concentrated technology imports, resulted in the revolutionary expansion of this market in Brazil.

It was based on our involvement with this sector’s expansion that we became the leading company in the Latin American translation services market. We may say a true quantum leap was achieved there, translating around 600 thousand pages for the telecommunications sector, which corresponds to about 100 million words.

An important success case: Lucent – The largest technical translation ever performed for a telecommunications company

The first major project we carried out was the technical documentation translation of a digital switcher for Lucent, today Alcatel-Lucent, which totaled 120,000 pages. Later on we also handled software localization for this equipment.

Lucent also entrusted All Tasks with the translation of the texts to be used in technical proposals, in order to respond to the large volume of tenders at that time. To ensure agility and confidentiality, for this activity we allocated teams in service centers set up within the customer’s facilities. We held a service center for more than a year in Lucent’s modern building, at Berrini Ave., which practically occupied an entire floor.

This initiative brought much peace of mind to the tender teams, who credited a great deal of the success achieved to the support level it represented.

The location’s structure was appropriate for each project’s needs, representing major challenges. Some days only a single employee was needed on duty, while others required a team of 30 to 40 professionals, among technical writers, translators and graphic designers. We worked on several proposals at the same time.

The software used by Lucent’s Digital Switcher was the first to be localized for the telecommunications sector in the country. Between 1991 and 1993, we provided Lucent with more than 200,000 pages of technical translations, continuing with other large-scale projects in the following years.

Another success case: We performed software localization for Siemens’ first smartphone, from German to 26 languages

Another milestone was the work carried out for the launch of Germany Siemens’ first Smart Phone, which required localization service for 26 languages from the original German, in record time. This was a very successfully developed work, despite the high levels of pressure to attain the product launch deadlines. We conducted our work in parallel with the software development’s final stage, which was programed in Manaus with a Germany interface.

The success achieved by setting up an advanced service center inside Lucent’s facilities led us to stage several others. The fact that we were hired by various competitor companies at the same time demonstrates the level of reliability we inspire.

Companies, such as Nec, Motorola, Nortel, Bell South, Bell Canada, Ameritech, Alcatel and Siemens, hired tens of thousands of pages of translation services from All Tasks for the implementation of mobile phone systems or to import products and other technologies.

Investments in Glossary research and development: Standardization of Telecommunications Technical Terminology over the entire national territory

The technical terminology glossaries designed to support the projects were developed with very difficult research performed, at a time of great lack of technical dictionaries, and without the facilities later brought by the Internet. It can be said that they are now the major standardization influencers of technical terminology defined and used in the country by the sector.

We worked with ABNT and TELEBRAS, as well as with major state telecommunications companies of the time, aiming for greater acceptance of the terminology we intended to standardize for the national territory. These efforts were made by All Tasks in a spontaneous manner, and their costs were fully absorbed by our company. We consider this just one among the many social responsibility initiatives we assumed for the country’s translations sector.